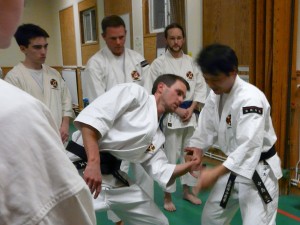 Here is a report from the Stockholm Norra Shibu, written for a local newspaper in Åkersberga.

In late October Shorinji Kempo Stockholm Norra Shibu had a visit by Nakashima-sensei 4 dan from Fukoka in Japan, during which he held a session in the Åkerstorps school gym hall.

Shorinji Kempo is a traditional martial art with very strong connections to Japan. All training is done in Japanese with mandatory meditation in every workout. It also includes written examinations in philosophy for all gradings. Although the club trains in Åkersberga all members training sessions are recorded every month in Japan. Furthermore, membership cards and grading certificates are also issued from Japan. The link to Japan result in annually visits by Japanese instructors to Sweden and Swedish members that travel to Japan to study at the headquarters in Tadotsu, where there are more than 60 full-time employees who instruct and administrate Shorinji Kempo. 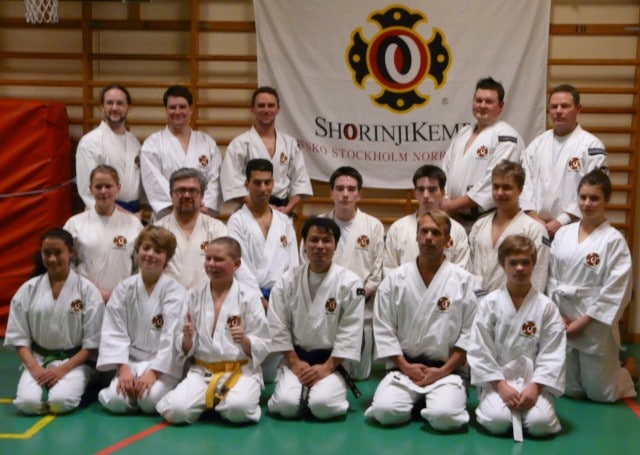 Nakashima Sensei visited on a typical Monday training session at the Åkerstorps school and taught several Shorinji Kempo techniques. Members were also given the opportunity to ask questions related to the Shorinji Kempo to him. After training, there were several students who wanted to have his name written in Japanese, either on their practice suit or on paper. 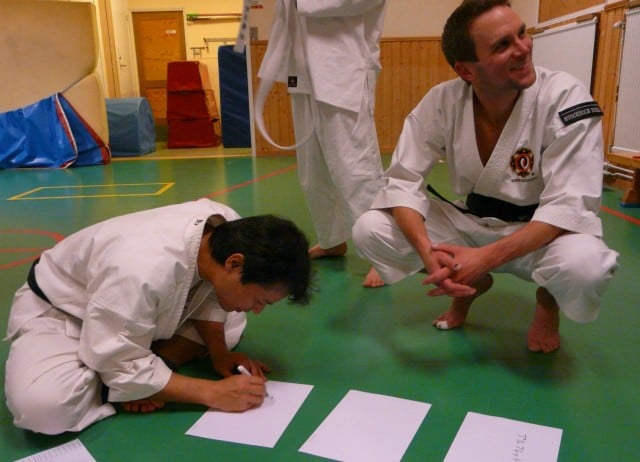 This was the second time that Åkersberga Club received a visit from Japanese instructors. The club hopes that the exchange with Japan will continue and that the club can make a joint trip to Japan in 2013 when there will be a major international training camp.

* Sensei used to describe a teacher. The word is given out of respect from the person who address someone and are never used by Japanese to describe himself. If one translates the word from Japanese, it has the meaning ”born before”.

A good day of training for our kōdansha