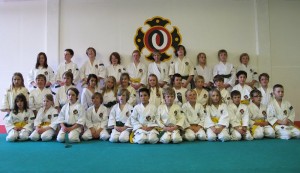 During the weekend of May 7th to 8th there was a gasshuku (training camp) for children in Gothenburg.
It was the first time ever that it was a training camp that was only for children. The arrangement was that we started at lunchtime on Saturday in order for everyone to have time to travel to Gothenburg on Saturday morning. Then there were a number of hours of exercise followed by a much appreciated visit to the amusement park Liseberg.
Sunday had training in the morning and the finish was scheduled for lunch so everyone could get home in reasonable time on Sunday.

There was participants from Karlstad Shibu, Bromma Shibu and of course from Göteborg Shibu and we had a total of 35 children that participated. In addition to a few instructors from each branch ther was also a number of parents that came along in order to help out with prcatical things for the event.

The gasshuku began at 13.00 when all lined up and we did chinkon gyō together.
Then Peter from Gothenburg held an intense warming up with fun exercises which then was followed of basic training that was held by Anders-sensei.
We also divided up the training after grade and had several instructors who helped each group.

After three hours, only interrupted by a few short breaks so we finished Saturday’s practice and everyone hit the showers and prepared to leave for Liseberg.
It was a short walk to the tram, which then took us to Liseberg. Once inside Liseberg it was really full speed on all the kids and everyone was too busy to have time to go into all the different rides. Most people stayed until 22.00 before we had to get back to the dojo to sleep. 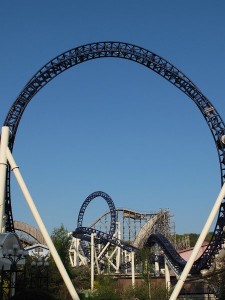 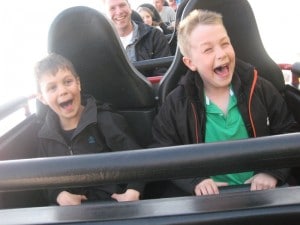 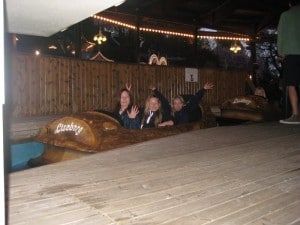 All people that came from Karlstad and Bromma stayed in the dojo on air mattresses. 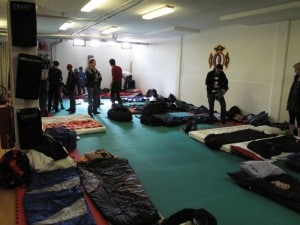 Sunday morning we had breakfast together and then started practice again at nine.
On Sunday, Erik held in chinkon gyo. Erik began himself as a ten-year-old to train in the children’s group, he now is 17 years and graded this past winter to shodan (1 dan black belt) and is one of the instructors for the children’s groupin Karlstad. 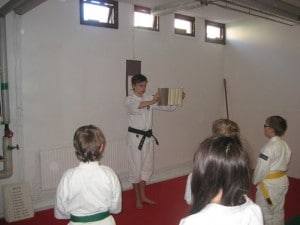 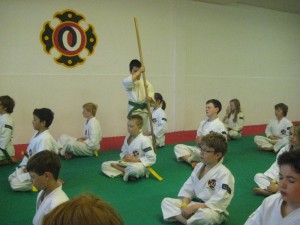 On Sunday we started to train embu. Anders-sensei went through the tandoku embu (embu in solo form) Hombu has prepared for competitions. Almost all were able to learn the form and even a few brave also showed up for everyone else just like you do at the competition/exhibition. Anders-sensei also reviewed important things to remember when to show an embu. 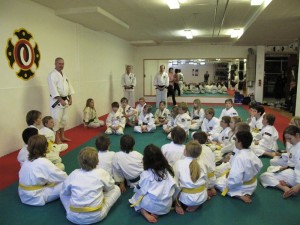 Then we went through the various predetermined kumi embu (pair embu) available for each grade group of children.
This was a bit harder when it was fairly new to most kenshi, however, we had a really good pair consisting of Filippa and Tindra from Karlstad, who presented their embu for everyone else. They did really well and impressed everyone who was there. 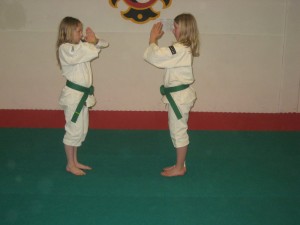 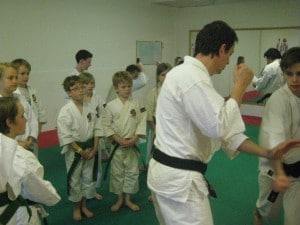 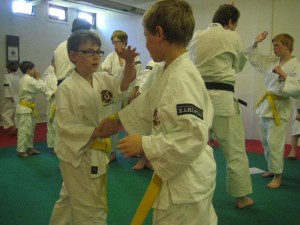 Gold to Sweden in the European Taikai